Oh, those fisher women are so fierce 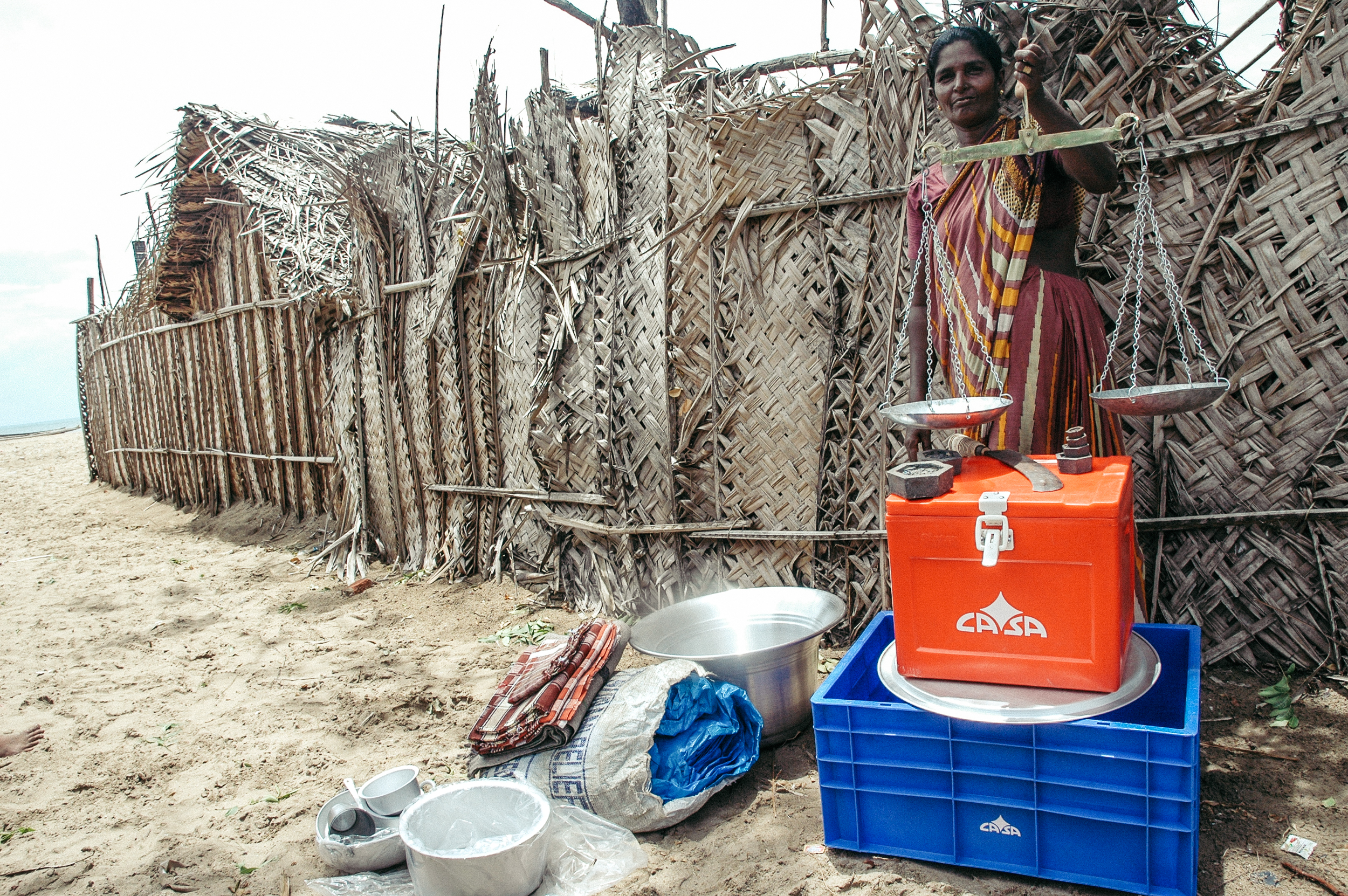 The chairperson of the fisher women Ms. Josebin spoke up, saying that she had second thoughts about the process and that there were, in fact, more women who had met the strict criteria of what “most vulnerable” meant, and not 52. She insisted that the mistake be corrected immediately. This meant that the NGO, in effect, would have to triple its contribution. Basta…

This is a story I wrote almost ten years ago after visiting a fisher village in the Southern part of Tamil Nadu, India.

It was very controversial at that time, still is I believe: How does a well-renowned and good-hearted NGO cope with a strong community that has it’s own ideas about how to share and how to deal with relief aid?

The story was edited by many editors and have lost quite a few of it’s sharp teeth. But the dilemma still stands: what to do with the fierce fisher women that everybody fears?

Idinthakarai, July 11, 2005—For the people of Vidinthakarai in India’s state of Tamil Nadu, the tsunami of December 26 changed everything—even the name of their village. Always known as “the place of sunrise,” Vidinthakarai overnight lost its “V” and became Idinthakarai—the place of disaster.

Today, months after that fateful day, the people of this small village continue to feel the full force of the tsunami’s destructive power. Not only were the first two rows of houses along the beach swept away, killing four people, but several hundred fisher families also lost their livelihood.

The people of Idinthakarai have always been inextricably linked to the ocean, and they still live close to it, only now in makeshift houses. There are still fishing boats on the beach, but far less than before. For many people, their only lifeline now is the assistance provided by relief agencies.

But this is not a story like the countless others of how humanitarian assistance was delivered and received in a straight-forward way in villages up and down the Indian Ocean coast. It is in the process and evolution of the delivery of assistance that a humanitarian-aid agency and residents of the village are coming to learn some lessons and new ways of doing things. And it is sometimes in a crisis situation such as the one the tsunami brought on that one can get a glimpse of the social dynamics of village life, which are often brought to the extreme during a crisis.

Personal debts had been piling up over the months. With their boats destroyed, the fishermen had little hope of paying back these debts. Figures showed that 85 percent of the 1,100 families in the area were caught in a debt trap.

Following the tsunami, many NGOs came to work in the area around Idinthakarai, one of which was CASA—Churches Auxiliary for Social Action—a local church-related relief and development organisation and member of the global alliance of churches and related agencies, Action by Churches Together (ACT) International.

In the immediate aftermath of the disaster, CASA/ACT distributed basic relief goods. Later, the organisation constructed temporary houses, and was deciding on how many permanent houses would go up, within the limits of what the local authorities would allow. The plans were ready, the details clear and the money available. Mr P.J. Thomas from CASA/ACT explained that the organisation planned to stay in the area for at least for two years, although, given the scope of the disaster, it could stretch to five years. Apart from the house construction, there were also plans to help improve the infrastructure and livelihood of people in general.

Having decided that it was a priority to “re-activate” the fishing community, CASA/ACT distributed kits to the most vulnerable fisherwomen—a task that would prove to be easier said than done. While the men caught the fish, the women took over once the catches were landed—a job that required big tubs and an ice chest for bringing the fish to the market. In addition, they also needed a good knife and scales with weights. All of this was generally recognised by everyone who knew what the work entailed. Along with the very influential and powerful chair of the fisherwomen’s association, Ms. Josebin and her committee, CASA/ACT identified the poorest and most vulnerable and marginalised women—52 in all—according to very strict criteria. All of this occurred within the agreed-upon set of rules, with consensus having been reached by the local community on who would receive support and assistance.
But at the distribution ceremony, overseen by the local pastor and various VIPs, everything started unravelling. When displaying the fish tub, the scales for weighing, the knife, the red ice chest and the seed money of 500 Rupees (USD 11), a social dynamism was set in motion that soon got out of control, regardless of agreements or principles.

Ms. Josebin spoke up, saying that she had second thoughts about the process and that there were, in fact, more women who had met the strict criteria of what “most vulnerable” meant, and not 52. She insisted that the mistake be corrected immediately. This meant that CASA/ACT, in effect, would have to triple its contribution.

The organisation’s local representative, Mr. Baskar, explained to a group of foreign visitors that the fisherwomen in Idinthakarai and the neighbouring village of Kulhankuly were tough and that any negotiations with them would be challenging, to say the least.
However, in spite of the tension and disagreement, the distribution went ahead as originally planned, according to the principles agreed upon between CASA/ACT and the women—in the same way as had been done, without any problems or disagreements in many other villages along the tsunami-stricken Indian coast. Or so, at least, CASA/ACT staff thought.

A day after the distribution, the fisherwomen’s association called a general meeting in the town, during which Ms. Josebin and fisherwomen who had not been selected to receive assistance redistributed the equipment and seed money according to principles which they believed were more accurate and in keeping with the specific local situation. This meant that everyone on the new list received only a little.

And as this solution had been agreed upon in a democratic way, which meant that the majority of women in the association had voted for a re-distribution, the 52 fisherwomen who had originally been identified as being most vulnerable, according to CASA/ACT’s criteria, had to return the equipment.

Ms. Kalpana, one of the women originally identified, was now left with only a fish tub. A crowd gathered as she explained to staff of CASA/ACT why she had given back her non-food-item kit. She explained that she mainly sold her dried fish by the piece, which meant that she did not really need scales to weigh the fish. She confirmed that she had consented fully to the decision of the association to redistribute the non-food item parcel, but somehow, her face told a different story. Later, taking the interpreter aside, she whispered to him that she could really have made good use of the bucket and lid that come with the original full kit.

The CASA/ACT workers were shocked and upset when they heard about the redistribution, as they felt that it was not in accordance with their principles and that this was not what had been agreed upon with the local community.

Thus began a learning process for CASA/ACT. As a long-established humanitarian organization with decades of experience in assisting people at the grassroots level, CASA, along with other ACT members in India, had never worked with fishing communities before and had underestimated the social forces at work.

In the field, the take on what had happened was tempered by reality. The fisherwomen clearly held sway in the community. Mr. Baskar said the mere thought of having to negotiate with the women was frightening. “The women are very powerful,” he said repeatedly, shivering and shaking his head as he said it.

Mr P.J. Thomas said that he knew the fisherwomen in general and did not even like haggling over prices with them in the markets of Chennai. They were too intimidating.

As far as the redistribution of the non-food items Idinthakarai was concerned, he conceded that it could not be changed.

ACT members are bound by the alliance’s policies of providing humanitarian assistance in addition to the policies, principles and practices of their own that they follow. While these rules and guides are constantly being updated and adapted, sometimes an extraordinary situation like the tsunami can show that an organization’s modus operandi on paper can be challenging to put into practice in the field.

Sushant Agrawal, CASA/ACT’s director, said this particular incident illustrated the challenges and social dynamics that his organisation and other NGOs faced daily. “These are stray cases and CASA will certainly deal with them,” he said, explaining that they would not “forcefully reverse the unauthorised redistribution. The reality is “when we have covered more than 100 villages during the crisis phase during difficult circumstances, then such ‘stray’ cases are not unnatural,” Agrawal said.

“But,” he added, ” as a part of the work in the community in the period to come, we will help the community understand why their decision was wrong and let them decide amongst themselves to [perhaps] reverse it.”

So as the two groups – CASA/ACT and the village’s residents – come together again and try to work out an understanding of each other’s approach, lessons will continue to be learned on both sides. Both have been through unexpected, extraordinary times, and hopefully all parties will never experience the extremes of a crisis like this again.

But this has been an experience that reminds everybody involved of the difficult conditions of disaster work. And, Agrawal noted, “that a learning organisation is a living organisation.” 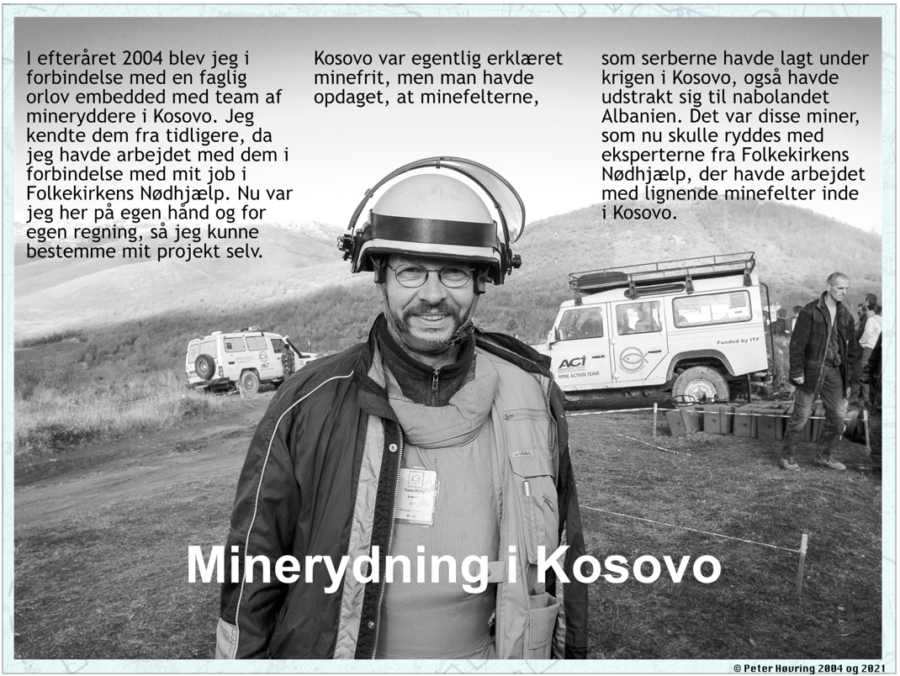